As part of my Christmas light display i’m going to build a couple of pixel spinners.

I drew up this very rough diagram so i had an idea of what i was doing.

I know, it’s poor. I do plan on getting to grips with some cad software at some point to make nice drawings.

The ‘sticks’ are going to be made of 20mm PVC Electrical Conduit pipe, it’s reasonably priced and easy to work with. The center piece i designed and printed with my 3D printer…

It took a few attempts to get the hole sizing correct for the tubing to fit nice and snug, but it worked out well in the end… 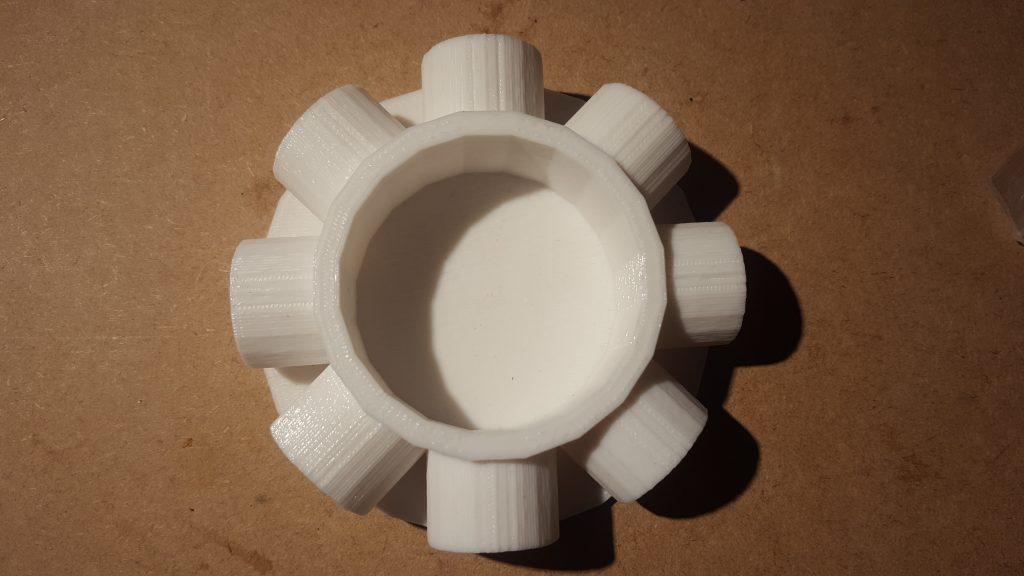 As you can see in the image above, i’ve already started drilling the holes for the Pixels to sit in. To do this i built a little jig, this gives me a much better chance of getting the holes somewhere near the right place. 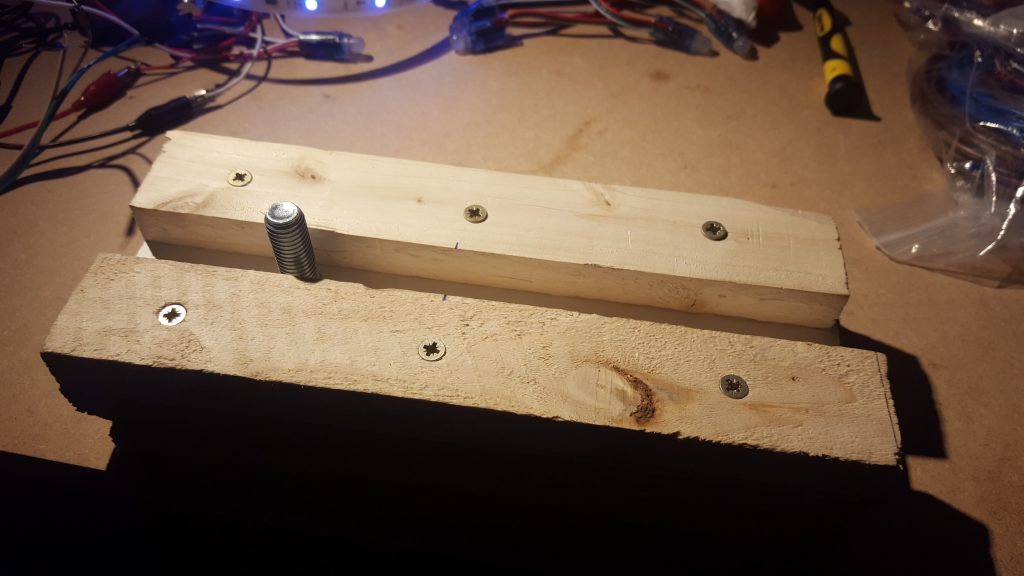 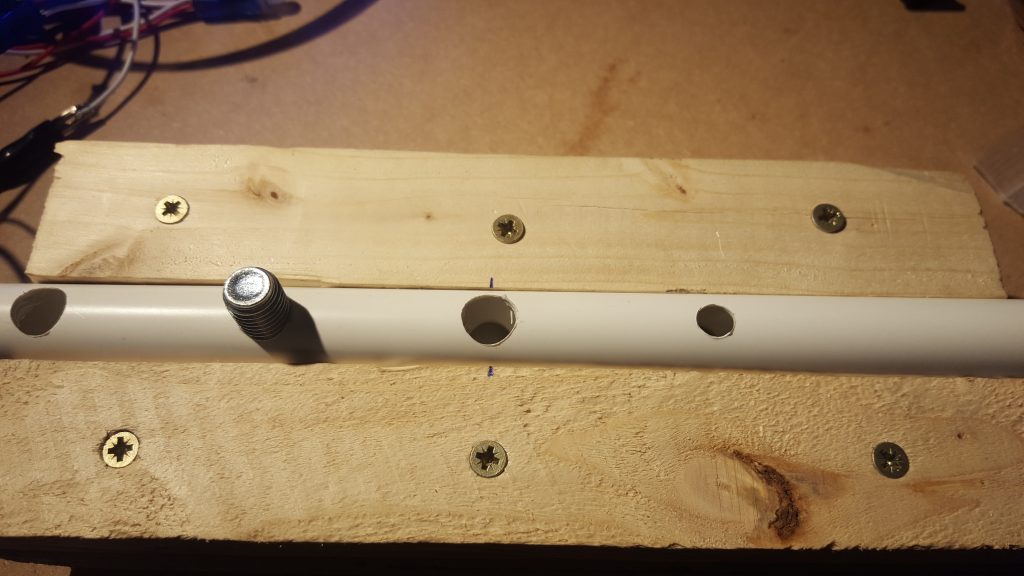 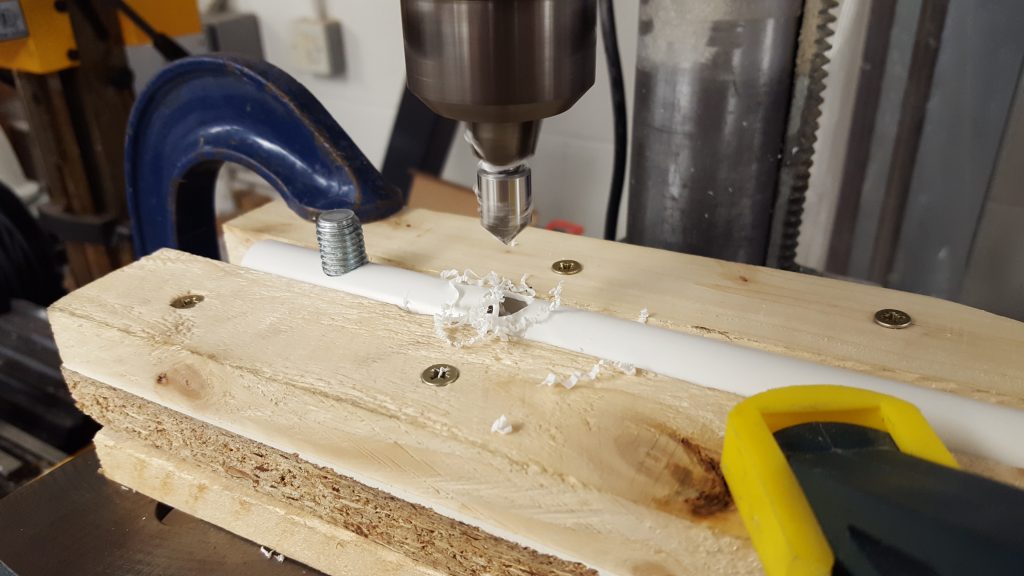 Once i had drilled all the holes i cut the LED Pixel string into the correct lengths and pushed them into the holes. You have to be quite forceful to get some of them to fit in. It also helps to shave down some of the little rubber tabs slightly.

I then had to connect them all up – this was a slow process that involved soldering lots of connections. Every connection was covered in adhesive lined heat shrink tubing to make sure they’re waterproof. You can see the adhesive oozing out the end of the tubing. For the cable i used some ‘6 core alarm cable’ as i had an old reel kicking around. Needing only three cores, i doubled them up. I covered the whole lot with some ‘self-alignment tape’ to add another layer of waterproofing. 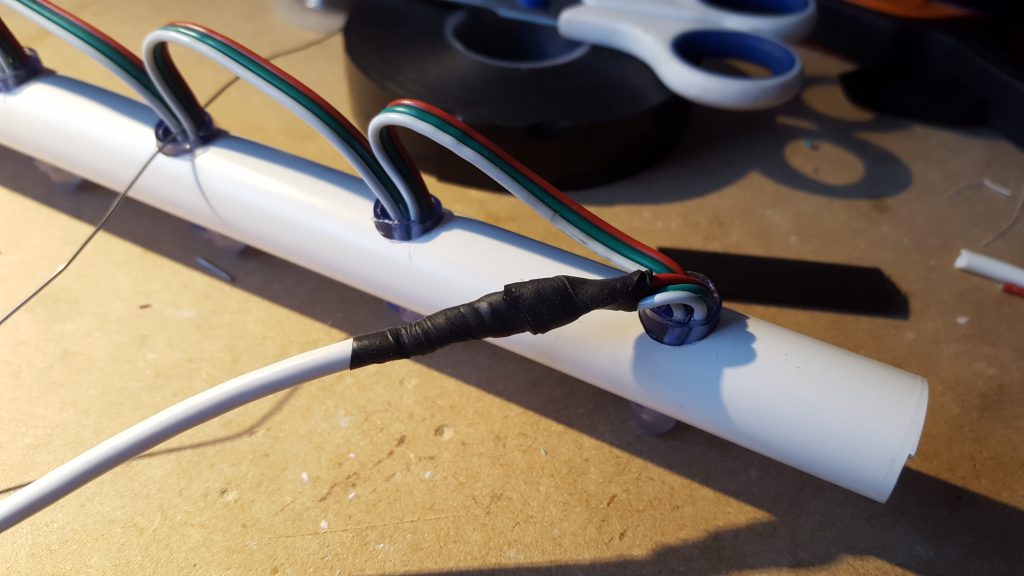 I wired it up for a test and it worked great other than a couple of the LEDs not working on a certain colour. They do work correctly if you put pressure on them in a certain direction, so one of the legs on the LED must have become disconnected. Probably whilst i was pushing them into the tube – something to remember for next time.

I then Attached the controller module and a loop so i could hang it on the wall,.